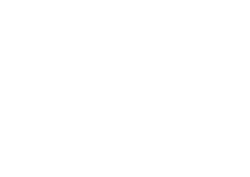 There are many legends that tell stories about King Arthur and his valiant knights of the Round Table. A lot of deeds and heroic firms fused together with suffering loves, with overwhelming passions and with epic ideals. Arthur’s bravery, Gawain’s loyalty, Lancelot’s strength and Guinevere’s love begin to live. The Arthurian cycle contains all of them, making the epic ideals and chivalrous values revive after many centuries. The characters start to live again in the English literature of the XII century. But there is another figure that stays on the background of the story, and sometimes it passes unnoticed: it is Excalibur. In the English literature there are two main versions of the same legend. According to the first, Arthur pulled out the sword from a stone, while instead the second tells about Arthur that was given the sword by the Lady of the Lake. But there is another legend in the modern Italian literature, that fuses together myths and stories, bringing Excalibur to life again.

According to a version of the legend, Excalibur (“ex-calibur”, that means “made of steel”) was the sword in the stone that Arthur managed to pull out from an anvil, and in following legends from a stone, becoming king and obtaining the favour of people. The sword, as a symbol of power and strength, could have been pull out only by a noble mind and by a pure hearth. So, Arthur proves to be worthy to become king.

According to another version, instead, Excalibur was given to Arthur by the Lady of the Lake. Becoming also a symbol of something more powerful, based on mystery. So, the sword is also connected with something overtime, with a divine world in which virtues go over something that is humanly possible. Following legends tell about the magical powers of Excalibur, as the possibility of healing wounds. In particular, referring to a version of the myth, the safety of the king depended on the sheath of the sword itself. The sword had also the duty of defend the one who was worthy to posses it.

Another latest legend, but not less fascinating than the previous ones, tells about Excalibur as the sword of Julius Ceasar, which, passing from hand to hand and from century to century, arrived to the last emperor, Romulus Augustus. He, in order to run away from the barbarian invasion, arrived in Britain. Here, after a fierce battle, in which he managed to win thanks to a little group of brave warriors, he threw the shiny sword against a rock in the centre of the lake.

On the sword there was the latin inscription “Cai. Iul. Caes. Ensis Caliburnus”, that was erased by the time. In fact, many years later, the sword was recovered by Romulus Augustus’ son and the inscription was “e s calibur”. Then the emperor changed his name in Pendragon and gave his son the name Arthur. So, as a symbol of the power of the empire, the sword was entrusted to the ancestor of a new and valorous group of brave warriors.

The legend of the sword is still told in the modern literature, as a symbol of mythologic heroic values. So, after many centuries of history and vanished legends, the Excalibur’s myth continues to fascinate, bringing people back to that time, when valiant ideals and epic firms were alive.